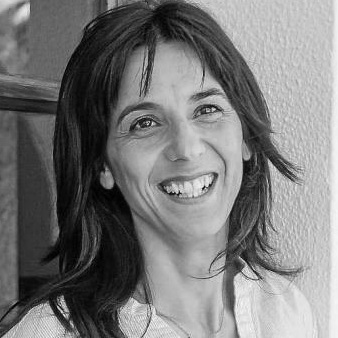 María Ángeles Rebollar Bernardo, is a psychologist, Certified Behavior Analyst by
the BACBA® (Behavior Analyst Certifcation Board). She has worked as a behavior
analyst in the field of autism as a therapist, supervisor and teacher, since 1999.
She began her professional career in the field of autism in the US, where she was
trained during 8 years at one of the most prestigious and pioneering centers in
intervention for autism spectrum disorders, the Princeton Child Development
Institute (www.pcdi.org).She specialized in early intervention for the treatment of
people diagnosed with ASD.
Since 2007, she supervises ABA home and school intervention services in Madrid
and consults externally with other professionals in Spain and other countries.
One of her great interests is the training and dissemination of the ABA intervention
among other professionals, for which she has taught numerous courses both in
Spain and in other countries (ej Argentina, Poland and the USA). She has also
presented research papers at national and international conferences.
She also teaches classes in the Master on ABA Intervention in Autism organized by
the ABA Spain Association. Since 2007, she has supervised numerous students and
professionals in both university postgraduate courses and the ABA master’s degree
to qualify for behavior analyst certifications.

Presentation at the ABA International Conference 2022.

This presentation will be held in English.

Children with autism often have difficulties performing tasks without direct
prompting and guidance. Teaching independent behavior to children with autism is
critical in order to reduce the assistance they need of others as they develop into
adults. Activity Schedules is an effective intervention procedure that enable children
with autism to accomplish activities with small amount of adult supervision. This
strategy is well documented by research and published in behavior analytic
journals.This presentation will be based on more than two decades of research
conducted by Dr. Patricia J. Krantz and Dr. Lynn E. McClannahan at the Princeton
Child development Institute (PCDI).
The purpose of my presentation is to describe different applications of activity
schedules as a motivational system in a home setting environment to promote
independence, and many other functional skills to individuals with autism.
Videotapes illustrating this intervention procedure as well as some clinical data will
be provided during the presentation.
Objectives:
• Understand the theorical principles of activity schedules
• Assess the children ́s pre-requisite skills to use an activity schedule
• Prepare a first photographic schedule
• Understand the teaching procedures and monitor progress
• Learn the advantages and multiple applications of activity schedules